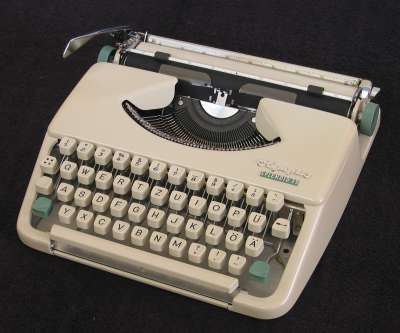 Research for My Novel Has Placed Annie Oakley "In My Sights"

At the Garst Museum: Annie Oakley's trunk.
I'm writing an historical novel about American sharpshooter Annie Oakley, whose real name was Phoebe Ann Butler (nee Mosey). I have collected numerous books that I've read and reread, some about Annie and others about William F. "Buffalo Bill" Cody.

The very first person I contacted about this project four years ago was "the keeper of the Annie Oakley flame," Bess Edwards, Miss Oakley's great-niece who lived in Michigan. Ms. Edwards, who died earlier this year, graciously chatted with me by phone and told me that when her grandfather (Annie's brother, John H. Moses) saw the musical "Annie Get Your Gun," he cried all the way home. He felt her portrayal in the show was much too coarse and nothing like the woman he knew. Ms. Edwards' grandpa was in conflict with his famous sister for many years, because he insisted their family name was "Moses," even though Mosey was the name inscribed on their father's tombstone in Mendenhall Cemetery, Yorkville. (Annie may have spelled the name Mozee, but she was essentially closer to its origins than John. ) It was Bess Edwards who took the time and considerable effort to end the controversy, once and for all. She wrote a wonderful essay about her search--see below.

Several years ago I drove from Silver Spring, Maryland, to see Annie's retirement home in Cambridge, Maryland, on Hambrooks Bay, the only house she owned that is still standing. Then in July 2013 I visited the Garst Museum in Greenville, the nearest city to Annie's birthplace in Willowdell (formerly Woodland), Ohio. I met the gracious, knowledgeable chairman of the Annie Oakley Center Foundation, Eileen Litchfield, and saw key artifacts from Annie's life including one of her many traveling trunks (pictured above). I visited the field where Annie's birthplace used to be, property once owned by the Swallow family of Darke County; I also saw the site of Annie's girlhood house in North Star, Ohio, marked by a boulder that is the only extant part of the her mother's property--Annie's mom was Susan Mosey Brumbaugh Shaw (nee Wise). I made a pilgrimage to the former Zemer-Broderick boarding house where Annie died at 227 East Third Street in Greenville, the former Fred Grote house where her funeral was held at 801 East Main in Greenville, and Brock Cemetery near Versailles, Ohio, where Annie and her husband Frank Butler are buried side by side. The rumor is that Annie's ashes were buried in Frank's casket when the two of them were laid to rest on Thanksgiving Day, 1926, some 51 years from their first shooting match at the German Gun Club in Cincinnati on Thanksgiving, 1875. (I believe that was the day Frank fell in love with Annie "at first shot.")

Each of these experiences was vital to my understanding of this midwestern genius who became America's first superstar. Unless I'd seen some of the woods (some extant) where Annie learned to shoot and walked the main street of Greenville where she took her extra quail to G.A. Katzenberger's, the grocers who sent her game to hotels and restaurants, I don't think I'd have a clue to the woman's life or psychology.

Three summers ago I added a new piece to the puzzle to the woman who was Phoebe Ann Mosey Butler. I visited the NRA's National Firearms Museum in Fairfax, Virginia, to see Annie Oakley's F. Hambrusch shotgun, a gift from William F. Cody in 1890. It's a beauty, and while I was there I chatted with Doug Wicklund, senior curator, and Sylvia A. Schneider, administrative assistant, about a range of gun-related topics--from how to load a muzzle loader (Annie's first gun) to how much smoke a marksman in 1876 might have to endure during a match. Mr. Wicklund was a treasure trove of information and Ms. Schneider gave me additional details for research.

As of now, my book is zooming along. I feel a deep kinship with Annie who was born in 1860 and died in 1926. She was a woman of great strength and perseverance who endured poverty and physical abuse at the hands of a foster family (circa 1870-1872) but who became a legend. I believe she may be the greatest shooter the United States has ever produced--and maybe the world. She had a thorny relationship with her mentor and longtime boss, Buffalo Bill, who admired "Missy" but also felt concerned about her growing reputation; so concerned, in fact, he didn't show up for a match in Wimbledon when his company was playing in London during Queen Victoria's Jubilee Year (1887).

I look forward to finishing my book and sharing Annie's story with readers. I definitely hope my book will "hit the mark"...and I honestly think it will. And I'm grateful to the experts mentioned here who have encouraged me. I don't plan to let them down!